In this event, the three organizing think tanks – Polis180, European Guanxi and STEAR -, with support from Agora, Foraus, Boyma Institut, Australia China Youth Association, Waseda IR Association, The Young SEAkers and the Open ThinkTank Network, will host multiple panel discussions on topics regarding the European Union’s Indo-Pacific Strategy. If you want to know more about the EU Indo-Pacific Strategy make sure to read our introduction article.

The aim of the conference is to create a dialogue on the newly announced strategy of the European Union, to promote a broader understanding of the EU’s interactions with the Indo-Pacific region, and to look ahead at the direction in which key relationships between the EU and Indo-Pacific states and stakeholders will go. Moreover, we want to give students and young professionals from both regions a voice in international politics and foster a new platform for enhanced Asia-Europe cooperation.

Date and time of the panels: 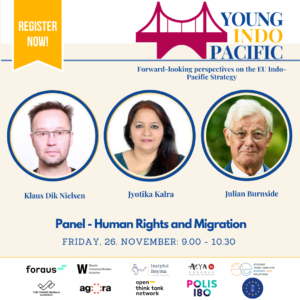 10.30 – 11.30 – In conversation with Naoyuki Yoshino (Dean of the Asian Development Bank Institute, Professor emeritus of Keio University, Tokyo) – Financial collaboration between Europe and Indo-Pacific in regard to Green finance (30 minute presentation followed by Q&A) 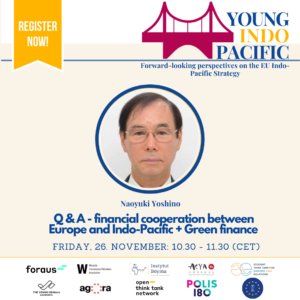 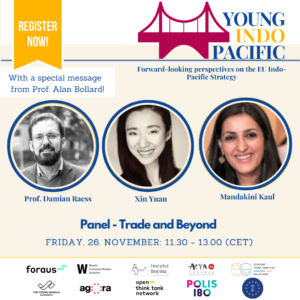 20:00 – 20:45 – In conversation with Alan Bollard (Professor of Practice at the School of Government, Wellington School of Business and Government and chairman of the New Zealand Infrastructure Commission) (TBC) 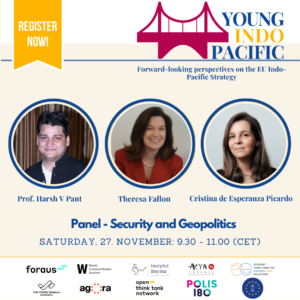 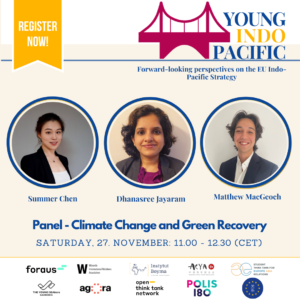 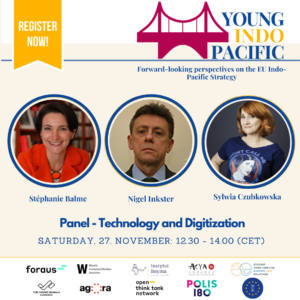 The goal of the workshop is for participants to collect opinions and brainstorm ideas based on the issue areas discussed, culminating in a joint communique which will be issued by our organisations and presented to EU policymakers in December 2021/January 2022.

You can registrate for the event HERE.

The 1950 Indian Constitution introduced the principle of equal opportunities for gender equality, which grants women and men the same rights in family life, political, social and economic life. So why is it that nearly forty per cent of girls aged 15-17 do not attend school, the custom of dowry giving is still cultivated and prenatal sex selection is still a huge social problem?

Since the invasion of Ukraine, the Taiwanese government remained committed to its position of condemnation for Russia, humanitarian support for Ukraine, and deep appreciation and admiration for the Ukrainian people’s will to defy power, resist aggression, and defend their nation.

Polish-Asian Cooperation in the Field of New Technologies – Report

Polish and Polish-founded companies are already on the largest continent in sectors such as: IT, educational technology, finance, marketing, e-commerce and space. Despite this, the potential lying dormant in the domestic innovation sector seems to be underutilized.

The link between EU Aid and Good Governance in Central Asia

Nowadays all the CA states continue transitioning into the human-centered model of governance where the comprehensive needs of societies must be satisfied, nevertheless, the achievements are to a greater extent ambiguous.

From ‘strategic engagement’ to ‘competition’. Interview with William Yu

Cognitive operations are becoming an increasingly significant and common element of non-kinetic military operations. States and other political players deliberately manipulate the way their actions, those of their allies and those of their adversaries are perceived by the governments and societies of other international players.

The countries of the Indochinese Peninsula are struggling with the problem of the deteriorating state of the Mekong River, which scientists and publicists are increasingly boldly describing as an ecological disaster. Alongside climate change, existing hydropower plants and those under construction in China and Laos are among the greatest threats. These ventures deepen the regional dispute over a river crucial to communities of tens of millions of people.

TSRG 2021: The Impacts of the BRI on Europe: The Case of Poland and Germany

It is important to contribute to the understanding of what the New Silk Road can mean in economic, political, leadership and cultural terms for the European countries involved. This analysis should reveal the practical consequences of the Belt and Road Initiative for Europe in the case of Poland and Germany, as well as their respective social effects.