This publication has been automatically translated. If you want to read texts translated professionally, please make a donation and help us develop the institute.

There is no unambiguous agreement as to whether Indonesia is a secular state, however, it also does not mean that it is a theocratic state (Salim 2008). Some countries and their systems are located between these two categories – that is Indonesia. According to some researchers in the Indonesian issue, Indonesia can be classified as a  state favorable to religion, but which is regulated and managed in accordance with the Pancasil national ideology [I]. It is pointed out that Indonesian Islam is more moderate than in other Muslim countries.

The start of the Asian financial crisis in 1997, the withdrawal from Suharto in 1998, and the start of a political transition towards democracy have affected both the internal and external identity of the Indonesian society. Before adopting internal political and social stability and economic strength, Indonesia adopted an attitude of a more active policy. Governments after reformasi (after reforms initiated in 1998) were to rebuild the image of Indonesia as a predictable and stable state. This has become one of the national priorities.

Seeking a way to rebuild the international image of Indonesia, new dimensions of national identity were emphasized resulting from social and political changes – above all democratization and the rise of the political significance of Islam.

The significance and influence of the Islamic factor in Indonesia’s foreign policy is being discussed, but most researchers recognize that it is not a question of whether an Islamic factor appears, but rather to what extent it affects the policy of Indonesia. Indonesian researcher Rizal Sukma defines the identity of Indonesia as a dual, resulting from the unfinished debate between the nationalist movement and the Islamic movement, which began during the recovery of independence by Indonesia [II]. The nationalist movement claimed that Indonesia can only be a secular state and there is no place for religion in state affairs, and on the other hand, the Islamic movement. The Muslim community wanted a formal relationship of Islam with the state of III]. These forces compete from 1945 to today, and as a result Indonesia acts in between, trying to reconcile both options. Taking this into account – assuming that internal factors shape the external activity of the state – in the international sphere this duality also appears.

Indonesia plays at least a few roles, most often the promoter of democracy, the leader of the region, as well as the bridge connecting various sides: developed and developing countries, democracies with undemocations, Muslim countries with Western countries [VI].

Another role played by Indonesia is the role of the promoter of Muslim democracy. Indonesia initiates bilateral and multilateral meetings, both on the regional and global level. These dialogues aim to improve the image of Islam in the eyes of the West, but also to bring Western culture closer to Muslim societies. These activities concern many initiatives: civilizational and interreligious dialogues, activities on the forum of the Organization of Islamic Conference (including groups D-8), as well as the creation of the Democracy Forum in Bali (BDF). 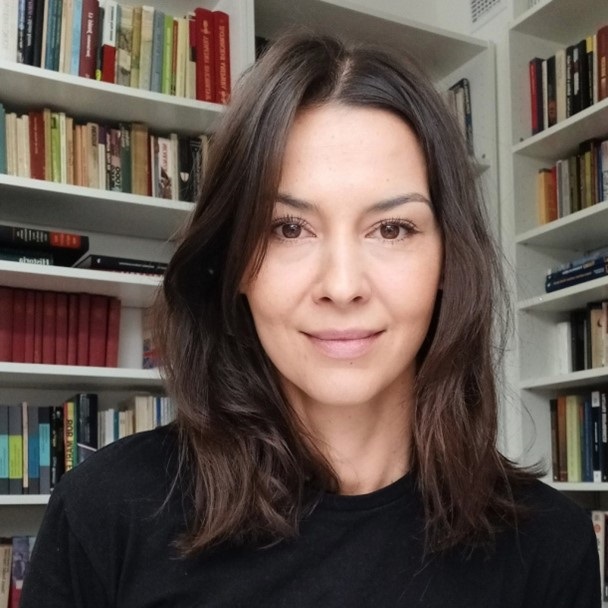 Anna Grzywacz Anna Grzywacz holds a PhD in Political Science. She is an Assistant Professor at the Institute of Political Science of the Polish Academy of Sciences. She is a National Science Centre grant holder and received a scholarship for outstanding young researchers awarded by the Minister of Science and Higher Education (2022–2025). Her research interests include: international relations in Southeast Asia, ASEAN, middle powers, and discursive politics.

Charitable activities of the Vietnamese in Poland: their scope and sources

The scale of assistance provided to medics by the Vietnamese community during the 2020 pandemic inspires admiration and gratitude. It stems from the sense of belonging to Poland and deeply rooted in the culture order to help those in need and repay the debt incurred at the time when they themselves needed such help.

Her research focuses on political economy, migration studies, and international trade. Ailuna, we are more than happy to welcome you to the team!

By sharing knowledge, business opportunities, and best practices the Council generates awareness of women's contributions in developing the India-EU relations.

TSRG 2021: The Impacts of the BRI on Europe: The Case of Poland and Germany

It is important to contribute to the understanding of what the New Silk Road can mean in economic, political, leadership and cultural terms for the European countries involved. This analysis should reveal the practical consequences of the Belt and Road Initiative for Europe in the case of Poland and Germany, as well as their respective social effects.

Join us for the Adam Institute’s Latest Online Course

Conflict resolution models have been primarily crafted and codified by men. The Adam Institute for Democracy and Peace invites you to be part of that much-needed change through an experiential and innovative Online Course "Conflict Resolution in the Context of Gender".

Indian Roundtable – Poland’s Challenges and Opportunities in the Subcontinent

In recent years, India has been the fastest growing among the major countries' economies in the world. (...) In the coming decades, the Subcontinent's largest country may remain one of the pillars of global economic growth. This is one of the reasons why the country is already the most popular destination for Polish foreign investment in the Asian-Pacific region.